Bernanke: Fed Could Begin To Roll Back QE Soon 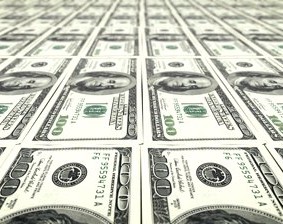 Between the Lines
by Gary D. Halbert

Fed chairman Ben Bernanke testified before Congress yesterday and confirmed that the Fed Open Market Committee (FOMC) is considering reducing its monthly bond and mortgage purchases – known as “quantitative easing” (QE) – over the next few weeks or months. This is no surprise to my regular readers, but of course the markets responded negatively. Both stocks and bonds fell sharply and precious metals reversed lower as well. The US dollar, on the other hand, soared to a three-year high.

Bernanke told lawmakers that if the economy continues to improve, the Fed “could in the next few [FOMC] meetings take a step down in our pace of purchases.” Bernanke said that any decision to ease up on bond purchases would not necessarily mean a complete roll back of the stimulus. He added:

“Rather we would be looking beyond that to see how the economy evolves and we could either raise or lower our pace of purchases going forward.”

Frankly, that says nothing, but stocks and bonds sank anyway. Stocks have soared around the world the last several years as central banks have flooded the markets with new money. So, the prospect of the world’s most important central bank slowly turning the taps off could mark a profound turning point.

As usual, however, Bernanke didn’t make it easy to evaluate his remarks. On the one hand, he assured investors that conditions for tightening are nowhere to be seen, but then spooked the markets by saying that improved economic data could push the Fed to reduce its asset purchases in the next two meetings in June and July.

Again, this comes as no surprise to clients and regular readers of my E-Letters. I most recently wrote about the coming slowdown in QE in my April 16 E-Letter and before that in my March 26 issue.

Following Bernanke’s congressional testimony yesterday, the minutes of the April 30/May 1 FOMC meeting were released. The minutes made it clear that a growing number of Committee members want to reduce QE purchases as early as late June, following the next FOMC meeting on June 18-19. The minutes stated:

“A number of participants expressed willingness to adjust the flow of purchases downward as early as the June meeting if the economic information received by that time showed evidence of sufficiently strong and sustained growth.” [We’ll come back to this below.]

Some Committee members warned that large Fed bond and mortgage purchases are creating“buoyant markets,” and a bubble could be in the works. Others argued that continued QE purchases run the risk of creating higher inflation down the road. Yet others argued just the opposite. At the end of the day, the FOMC looks utterly divided over this key issue. The minutes note:

While it is clear that more members of the FOMC are concerned about continued large QE bond purchases, it is important to note that only one FOMC member – Esther George of the Kansas City Fed – formally voted against continuing QE purchases, as evidenced by the official policy statement released on May 1 just after the FOMC meeting adjourned.

Which brings us to the key question: Will the economy deliver clear “evidence of sufficiently strong and sustained growth” between now and the next FOMC meeting on June 18? That’s only about three weeks away. So I rather doubt that the economy will show an abundance of ‘sufficiently strong’ news in this brief window.

Probably the most important report during that time will be next Thursday’s second estimate of 1Q GDP. The first estimate at the end of April put 1Q GDP at 2.5%, which was below the pre-report consensus. If the second estimate comes in closer to 3% (remains to be seen), it may cause some of the pro-QE members of the Committee to consider slowing purchases. We’ll see.

Keep in mind that Bernanke will hold a press conference immediately after the June 19 FOMC meeting, and the markets and the media will be hanging on his every word.

Finally, as of mid-afternoon, stocks and bonds are relatively quiet, gold and silver are sharply higher, and the US dollar is sharply lower. Looks like the markets aren’t so worried about the end of QE today.