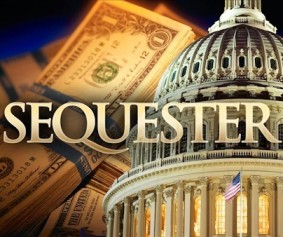 This issue is courtesy of Charles Krakoff, publisher and principal author of “Emerging Market Outlook,” as well as Founder and Managing Partner of Koios Associates, LLC, a firm specialized in investment, trade, and financial strategy in emerging markets.

I am not a great fan of Jeffrey Sachs, the former Harvard development economist now Director of Columbia University’s Earth Institute, whose main claim to fame is having administered shock liberalization to the Bolivian and Russian economies in the 1980s and 1990s, respectively. Though his prescriptions did put an end to Bolivia’s hyperinflation, neither Bolivia nor Russia is a paragon of economic dynamism, and the main beneficiaries of his Russian experiment were the soon-to-be oligarchs who snapped up state-owned companies at a fraction of their real value.

Nevertheless, Sachs, writing in yesterday’s Financial Times, has neatly identified the culprit in the U.S. fiscal sequester, which went into effect at noon today. It is not the Tea Party, nor even the House Republican leadership, but Obama himself, counterintuitive as that may appear.

According to Sachs, “[T]he fact is that from the start of his presidency Mr. Obama has planned a steep reduction in discretionary spending as a share of national income.” The narrative accompanying Obama’s draft budget, presented in mid-2012, boasted that the plan “would bring domestic discretionary spending to its lowest level as a share of the economy since the Eisenhower administration.”

The roots of this plan go back to July 2009 and Obama’s 10-year budget framework, which called for both defense and non-defense discretionary expenditures to fall from 7.9 percent of GDP in 2008, the last full year of the George W. Bush presidency, to 6.3 percent in 2019, the plan’s final year.

In retrospect, it seems obvious. The centerpiece of Obama’s 2008 campaign was his promise that taxes would not increase on any American earning less than $250,000 a year, which effectively made the Bush tax cuts permanent for all but a tiny sliver of the population. Without this promise, it’s unlikely he would have been elected.

At the same time, ruling out any cuts in Medicare and Social Security entitlements – and with Obamacare arguably increasing the long-term cost of medical entitlements – the only way to balance the budget would be to come up with entirely new revenue sources such as a national value-added tax or carbon tax, or to cut discretionary spending to the bone. Obama may have thought that faced with this prospect the American people would opt for higher taxes, but he never came up with any solution other than to raise taxes on the top one per cent of earners and to cut payments to Medicare providers, which by themselves can’t come close to making up the shortfall.

Half of the cuts will come out of military spending, but the other half will cut many of the really useful things government does, things like scientific and medical research, maintenance and repair of roads and bridges, the National Oceanic and Atmospheric Administration, air traffic control and air traffic safety, food safety inspection, issuance of passports, flu vaccinations and other disease control and prevention, Coast Guard rescues, keeping national parks open, diplomatic representation, issuance of oil and gas exploration and production permits, mine inspections, and disaster relief.

Cuts to spending on the war on drugs, domestic wiretapping, cyber-surveillance, and airport passenger screening, though welcome, can hardly compensate for losses to these essential services and investments.

Congressional Republicans (and Democrats) can hardly be held blameless, but President Obama’s timid proposals and lack of leadership bear an equal or greater share of the responsibility for this predicament. Unfortunately, the personality traits and political calculations that got us into this mess are far from likely to get us out of it.

The Association for Investor Awareness, Inc., tracks market trends, industry news, the SEC, global trade and finance plus geo-political and Washington developments for you because they affect your investments. However, from time to time we like to post articles and commentary we find interesting and informative. This was one of those times.  Hope you have enjoyed Charles’ insights as much as we did.