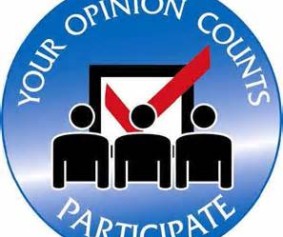 Well, a new poll released last night from The Wall Street Journal/NBC News says that things are even worse than I reported on Tuesday – and in even more ways than one! I will summarize the poll results below. The poll was conducted July 30-August 3 with 1,000 respondents.

This latest WSJ/NBC poll was brutal for politicians: President Obama’s job approval rating sank to a new low; and approval for the job Congress is doing was only 14%. Details on the latest job approval ratings are near the end of today’s post.

On the question of “right direction/wrong track,” the WSJ/NBC poll found that only 22% of respondents said the country is headed in the ‘right direction,’ while a whopping 71% said it is on the ‘wrong track.’ Only 7% weren’t sure.

On the question of the immigration crisis on the border and how the government is handling it, only 11% were ‘satisfied,’ while 64% were ‘dissatisfied.’ Of the latter, most felt the government is not involved enough in the crisis.

The poll offered the following two statements and asked respondents to pick one:

Statement A: The United States is a country where anyone, regardless of their background, can work hard, succeed and be comfortable financially.

Statement B: The widening gap between the incomes of the wealthy and everyone else is undermining the idea that every American has the opportunity to move up to a better standard of living.

The results: 44% picked statement A (anyone can succeed), while 54% picked Statement B (widening gap is undermining opportunity). The latter was the highest reading ever for this statement.

The poll offered two more statements on the economy and asked respondents to pick one:

The results: only 23% picked statement A (structural problems politicians can’t fix), while a whopping 71% picked B (inability of politicians to get things done).

And speaking of politicians, the respondents were pretty brutal in rating their performances.

But President Obama got off light as compared to Congress. Only 14% of respondents ‘approve’ of the job Congress is doing, whereas a whopping 79% ‘disapprove.’ Its approval rating was even lower, at 12% this time last year, when its disapproval rating was 83%.

You can see all of the poll results here.