The Spot Price of Precious Metals Is Becoming Irrelevant 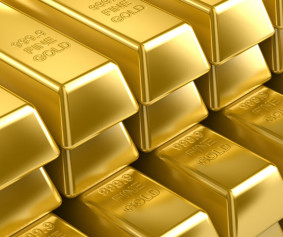 In light of the recent violent down-and-up action in the precious metals, we invited the executives behind the Hard Assets Alliance (HAA) on to discuss the impacts they’re seeing recent developments have on the balance of buying and selling for gold and silver.

The HAA is a large precious metals bullion dealer that gives the retail investor access to an institutional-grade platform for purchasing, storage, and delivery. The platform itself is operated by Global Bullion International (GBI), which counts a number of the country’s largest banks and funds among its clients. So today’s guests have an exceptionally good finger on the “pulse” of bullion transactions in today’s market.

(Full disclosure: The HAA is endorsed by PeakProsperity.com. Details on why and the business relationship between our firms can be found here)

For starters, demand is off the charts:

Savneet:  It’s tremendous. On Friday and Monday we had the two largest days of selling. We at GBI had some of the biggest days of all time. We had four to five times as many buy orders and sell orders, both in number of trades and in volume. Far more significant buying than selling, and it’s continued throughout the week. Buying has been just tremendous on the gold side. It’s been robust across markets – both in the United States and also in our overseas locations. It’s been consistent across the board.

It’s also representative across all of our dealers. When we surveyed our dealers to get their feelings on what’s happening, it’s been off the charts. Our refiners had two times as many orders as they usually do. Our bullion dealers had, on average, three to five times as many orders as they normally do. Our bullion banks had the same type of positive inflows verses outflows.

Second, the demand we’re seeing is from existing customers who are returning to buy in bigger volume as they see the precious metals as being “on sale” right now. This is creating supply strains across the system. If we get to a stage where another 1% or 2% of the population decides to become first-time bullion buyers, supply could become exhausted quickly:

Ed:  I think there’s going to be some serious supply constraints. I agree, we’re nowhere near mainstream yet. Once more conventional retail investors wake up to the fact that they need some sort of protection in their portfolio against debasement of currency and inflation the demand is going to surge.

Savneet:  At this moment, particularly on gold, I just don’t see there being a shortage. Even ETF and closed-end funds are looking for a better way to buy. We’ve never had a problem being able to coordinate extremely large purchases for them. We’ve already hit the capacity on the silver coin side where there’s just not enough out there to satisfy demand. Because that demand is centralized around coins, people will have to wait for what mints want to do – whether it’s the Royal Mint, the U.S. Mint. You are kind of tied to the supply of one producer. Silver bars are a little bit better, but silver is just a much smaller market than gold is. I think you’re absolutely being exposed to shortages there.

On the gold side, I think if gold ever became truly mainstream, as Ed was talking about –gold’s total market value is $5-6 trillion dollars. If 1-2% of the population wanted to buy some at current prices, there’s just not enough of it. So, two things happen: Either you have a gigantic price re-rating, or you don’t have supply.

Third, the surge in physical buying combined with tightening supply is resulting in the premium paid over spot price for physical bullion to march upwards quickly. For all of recent memory, the price of precious metals has been determined in the paper marketplace (e.g., COMEX; LBMA). That may now be changing. Should the availability of physical bullion start setting the price action, the spot price quoted in the paper market for gold or silver will become an anachronistic irrelevance:

Savneet:  Internationally you traditionally see huge buying after a price selloff. But since the recent huge selloff, you’ve had more buying than people ever imagined internationally. What was unique about this selloff is that the buying surge occurred in the United States as well.

In the U.S., when we’ve had huge price run-ups, we have lots of buying. It’s not often that within the same day of a huge price decline, we have significant buying. So it was different than other very large days in our company’s history in that you’ve just had such counterintuitive buying.

Ed:  And such a big disconnect between the spot price and the actual price that you’re going to pay for physical, particularly on the silver side. You could make the argument that spot price is becoming irrelevant relative to the physical market because silver is well north of the 20% premium over spot right now.

Click the play button below to listen to Chris’ interview with Ed D’Agostino and Savneet Singh (31m:12s):